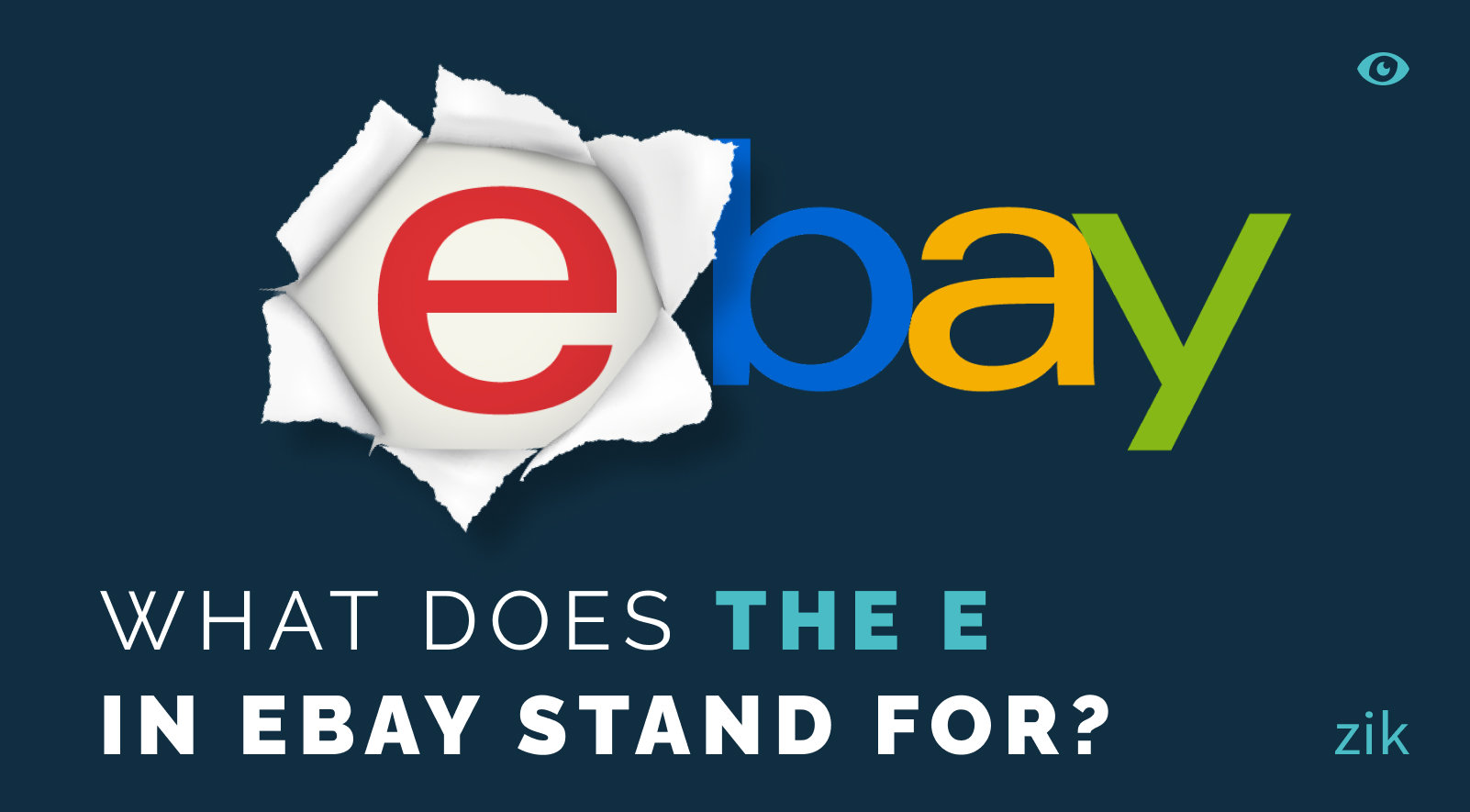 What does the e in eBay stand for?

eBay is one of the most successful online marketplaces, allowing sellers to list and sell their products directly to buyers. Founded in 1995, eBay has become a household name and is used by millions of people around the world every day. However, many people don’t know what the e in eBay stands for.

So, what does the e in eBay stand for? Many people do not know how the eBay platform came to be, and it’s actually a really fascinating story. eBay is one of the world’s most popular online marketplaces where you can sell products and the website is now valued to be worth billions. But do you know why it has the name that it does? Let’s break down the history behind eBay and what makes it so unique for anyone wanting to build an e commerce business.

Let’s take a look at the history and evolution of eBay to find out more about what does the e in eBay stand for.

The Founding of eBay 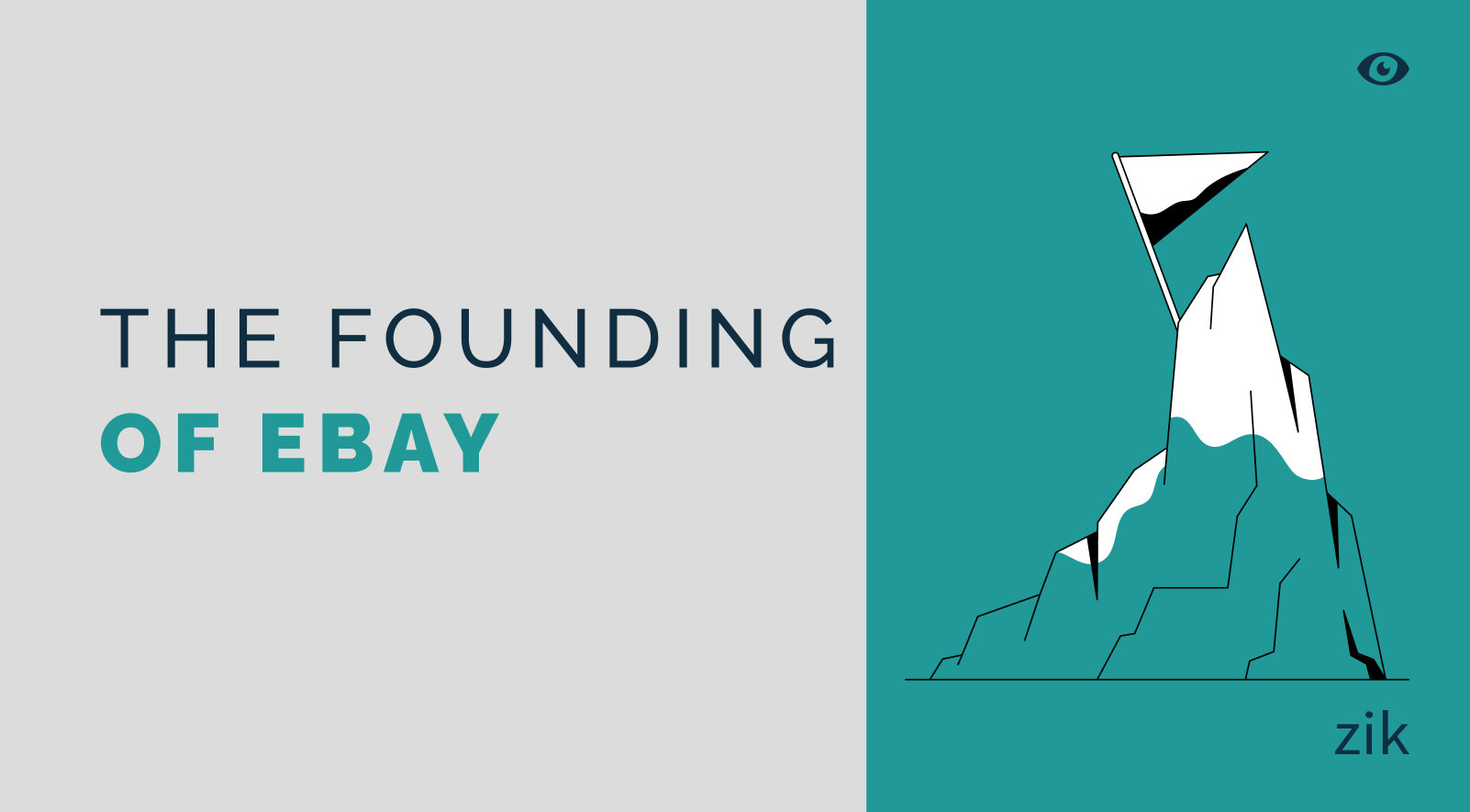 EBay was founded by Pierre Omidyar, an Iranian-American entrepreneur in San Jose, California. When he started the company, he wanted to give it a unique name that reflected his vision of creating an online marketplace where people could interact and trade from anywhere in the world. He came up with “eBay” as a combination of “echo bay,” referring to his interest in acoustics and sound waves, and “electronic commerce.” and his company Echo Bay technology group.

Back in 1995, Pierre Omidyar created an online auctions site originally called AuctionWeb. It quickly became a success, and he soon renamed it eBay—the “e” stands for “electronic”—to reflect its focus on electronic commerce. The site allowed buyers and sellers to communicate with each other directly via email, making it easier than ever to buy and sell goods online. From there, it wasn’t long before eBay exploded onto the scene as one of the biggest names in online marketplaces.

Pierre Omidyar wanted to create an online market that was fair to both eBay customers and sellers, so he decided to call his company “eBay.” But why did he choose such an unusual name? Well, it turns out that there was actually a very specific reason for it.

Pierre Omidyar wanted to incorporate his own initials (“PO”) into the name of his business, and he also wanted something short and catchy. He eventually settled on “eBay,” which was a combination of his initials and the word “bay,” which is often used to refer to auctions or trading posts (like those found in old-fashioned bazaars). By combining these two elements, he created a simple yet powerful name for his company.

Since its inception, eBay has gone through several transformations which have kept up with changing consumer preferences. As technology advanced over time, so did the features offered by ebay; they included upgrades such as improved search capabilities, enhanced feedback systems for users, and more sophisticated payment options like PayPal (which was acquired by eBay in 2002). Additionally, they expanded their product categories from only focusing on collectibles and antiques to encompass everything from clothing to electronics. This expansion allowed them to better meet consumer needs and remain competitive in an increasingly crowded marketplace.

The first of the millions of items sold on eBay is a broken laser pointer. It was the founder Pierre Omidyar who added the listing to the site in 1995. He added in his listing that the laser pointer was no longer working even with new batteries. Despite that, he managed to sell it for $14.83 in a week. Mark Fraser was the person who purchased the item from Pierre Omidyar’s company website and he still has that item today. This is just one of the many fascinating stories of the founding of the company site.

The Meaning Behind The E

The e in eBay stand for electronic commerce—the backbone of this amazing platform and site domain that brings buyers and sellers together from all over the world! Nowadays when you type “ebay” into your browser, you are instantly connected with millions of buyers who are looking for exactly what you have to offer. And if you want something specific, there’s likely someone out there selling exactly what you’re looking for! For those who ant to make sales from the platform, you can also create a seller account. When you have an eBay account, you can choose to sell or buy through this massive ecommerce platform.

The story behind eBay’s company name is an excellent example of how important branding can be when it comes to marketing your business. A good brand can help customers identify with your product or service, as well as differentiate you from your competitors. This means that choosing a unique name or logo can go a long way towards helping your business stand out from the crowd—just like Pierre Omidyar did with eBay!

What Does the e in eBay Stand For? – Final Thoughts on the Company Name

There you have it, a background on what does the e in eBay stand for. Ebay is one of the most successful businesses today because it provides such a great service to its users – connecting them with each other from all around the globe at any given moment! With its convenient auction format and product listings as well as its vast selection of products and services available from anywhere in the world, the eBay company name has become synonymous with online shopping – making it one of the top names in global e-commerce today!

The e in eBay stands for “echo” which is the company name. This is commonly miss-quoted as meaning “electronic Commerce”. There are billions of items sold through the platform on a daily basis. That’s why eBay is such an important part of our digital world today & will remain so into the future!